Different factors can contribute to an oil tank’s failure. The common one is rust. When a heating oil tank gets into contact with water, it will mix with Sulphur, and the result will be a corrosive agent that causes rust. Water can get into the oil tank in different ways, but the common one is through bad oil, condensation, or when the fill box is poorly sealed. The soil conditions can also contribute to corrosion. If you come across any of these issues, you will be interested in oil tank removal costs.

Oil tank removal cost needs at least three estimates before the project can commence. The removal cost is higher for buried tanks than for the ones situated above. The cost of replacement is also similar. Some of the factors that usually affect the removal cost include local regulations, local rates, the tank’s condition, and size. The ground condition also matters. To remove an oil tank, you need a permit. It is advisable to take pictures and document the entire oil tank removal process.

The cost is dependent on the surrounding soil and the tank’s condition. The underground tanks are usually removed to prevent contamination of the ground. In such an instance, the cost will escalate as the project progresses. This process is made necessary because of possible ground contamination. Costs for an easy-access 500-gallon tank can be worth $1100, and this process includes tank removal and soil testing. If it has an additional above-ground tank, the project could total up to $2700 dollars. For minor contaminations, it could be worth $10,000. Major contamination reports to $100,000. The cost of removal should comprise soil testing and the removal of the underground tank. When there is significant contamination, the costs will be extremely high. 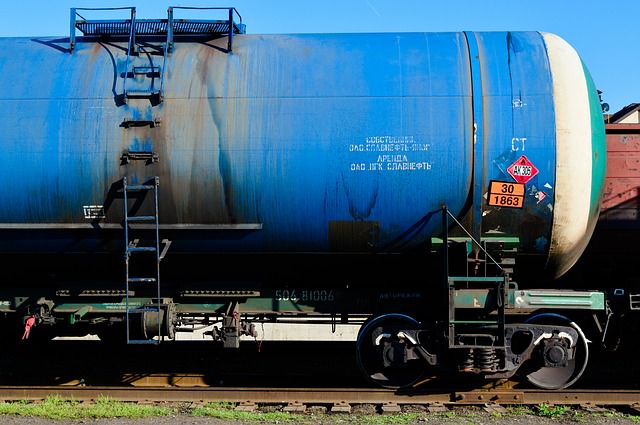 Any kind of oil spills can lead to a great deal of contamination. Depending on the location and content of the tank, any leak can enter the ground or water. Such spills or leaks are leading cause of pollution such as soil contamination, marine pollution, or groundwater contamination. These kind of leaks make their way through ground and underground channels through into water bodies and at times contaminate the fresh water sources also. Oil spills occurring over in case of crude oils in the ocean are of particular harm since the scale is much wider. An oil spill in ocean not only pollutes the water but also results in problem for aquatic life, disturbs the ph balance, cuts the sunlight to any below the water surface.

Replacement Costs of an Oil Tank

Contamination risks from underground tanks are high, that’s why above-ground tanks are usually included in oil tank replacement costs. Costs depend on tank prices, size, location, and tank-type, possibly reaching up to $1000 to $2000. Tank prices also depend on the type of tank construction, as modern oil tanks are made of steel or fiberglass (sometimes both). Single or double-wall constructions affect oil tank prices and their replacement costs.

Installation Cost of the Oil Tank

The replacement cost is dependent on the labor costs and the oil tank prices. You can negotiate the replacement costs in an instance whereby several homes in the locality need replacement services. To install a new tank, you need a permit issued by the environmental protection agency and the local fire department.

The Cost of a Home Heating Oil Tank

The prices of the oil tanks are dependent on how the tank has been constructed. The underground tanks cost more, and they are larger. Nonetheless, they are prone to environmental degradation. The tanks being installed above the ground can be placed in the shed or basement. Heating oil tanks for underground tanks tend to be more pricey because they are bigger. But underground tanks have a greater possibility of environmental degradation, so people are choosing the latter. Above-ground tanks cost less because they are smaller and the standard size is 275 gallons. They come in assorted shapes: carbon steel horizontal ($800), vertical tank ($830), heavy-duty steel tank ($100), and are usually installed in a basement or shed.

The Prices of a 275 Gallon Oil Tank

The tank comes in different shapes. A 275-gallon tank will cost at least $800 if it is horizontal, and it is made of carbon steel. The vertical tanks cost slightly more. A heavy-duty steel tank will cost $1000, and it can be placed on a high steel stand.

Oil firms have employees who can assist with the oil tank inspection. The inspection can be conducted in different ways. For instance, a pressure test can be conducted. There are instances whereby the team conducting the tests needs some advanced electronic equipment. The process of testing whether there is water is easy. Positive results mean that the tank is not leaking.

Scanning radar equipment can be used to conduct the tests on the buried steel tanks. Soil testing is mandatory for the underground tanks. When the tank leaks, the oil will be absorbed by the surrounding soil—the testing costs at least $300. To test for leaks in an underground tank, you’ll have to part with $500. For old tanks, you can carry out tank replacement without the need for testing.

The Sizes of the Oil Tanks
In choosing the oil tank to use initially, there are two types of residential heating oil tanks (underground and above-ground). Some tanks are installed above the ground, whereas others are installed below the ground. The oil storage tanks usually have a capacity ranging from 50 to 20,000 gallons. For residential purposes, the tank capacity does not exceed 1000.

As you calculate the replacement and removal costs, you should factor in the insurance costs for the oil tanks. It is advisable to get pollution liability insurance. Oil tank removal costs grow to be substantial enough, so ensure yours with pollution liability insurance. The policy covers $60,000 of the tank’s removal costs, so it is a good idea to inquire as costs to purchase the insurance are low (sometimes it’s free in some states) as long as the heating oil tank is registered with the said insurance program preceding to any contamination.